"**About Star Blitz X **\r\n\r\nYou control the defense satellite called the Star Hammer that defends the Earth of incoming asteroids and missiles launched by the Gargon invasion for one minute.\u200b Used your defensive tactical shooting skills to position, point and shoot your way as the only advantage to win. But beware because as the player advanced a level, the more speed and number of asteroids and missiles appearing onscreen. \r\n\u200b\r\n\r\nThe demo version for Star Blitz X is nearly finished in beta stage, with features of 20 levels, 9 types of asteroids, arcade-style high score tracker and the bonus round. The difficulty level of the game play becomes engaging with 30 seconds is added to the time limit for level 6, 12 and 18.\r\n\r\n\u200b\r\nOnce the full version is available it will include 50 levels, two bonus rounds, time limit of 30 seconds added for every 6th level, more variety of asteroids and a nonlinear gameplay of two ending sequences.\r\n\r\n\u200b\r\nThe game is compatible with any controller with a USB cord.\r\n\r\n\r\n**Game Features**\r\n\r\n9 unique asteroids when shot at can either split up into two to four small asteroids or release an unexpected trap.\r\n\r\nHigh score tracking.\r\n\r\nThree selectable radio station with soundtrack style.\r\n\r\nThe bonus round becomes an retro arcade fixed shooter.\r\n\r\nTest your hit-miss ratio results for the hit accuracy to improve your skills of precise aim and quick reflex. \r\n\r\nA very rare but powerful item called the eradicator star found within the golden asteroid, with one shot and it will destroy any incoming asteroid or missile onscreen.\r\n\r\nSingle player focused. \r\n\r\nMultiple difficulty settings and controller choice. \r\n\r\nHighly responsive rotating camera, with a 360 degree clockwise and counter-clockwise turns to gain a positional advantage of a moving target. \r\n\r\n\r\n**What is our goal on the project**\r\n\r\nWe are planning to launch our game for steam for PC and google play for mobile while an app store for ISO is in the planning stage.\r\n\r\nIts important that you understand this before deciding to work with us that even if this project is pushing for rev sharing from the digital store, however there is no guarantee of pavement. However, we have been planning to look for a publisher to help paid for our game. Meanwhile, we are looking for eager candidates who are willing to work as much as possible on this project. If successful, you will receive the share required profit depending on how much work the person does. Your percentage of sharing is not only be based but match on the hours given. Each position will either have an equal, more or least percentage of share before payment.\r\n\r\nOnce hired, I will fill you in over email on more detail about the game and what the team is doing.\r\n\r\n\r\n[Art Ink Studios Official Website](https:\/\/artinkstudios.wixsite.com\/artgames) "

"What we expect the Q\/A tester to point out any bugs, along with a few suggestions for improvement to the game. You will be giving the task of testing the core mechanics of the enemy interaction and the mode setting for the twenty levels that lead up to the bonus round after the tenth level of the demo to the game. The Game engine that we are using is Unity." 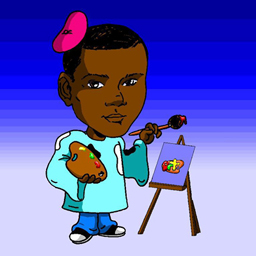