The Drumbeat Belly - A Modern Mythology in Comic Form

This project is akin to 'Hellboy', plus 'Rising Stars' on acid! It follows a demonic genetic legacy, from conception to its death.

"ARTISTS! AN EPIC SCI-FI HORROR COMIC NEEDS YOU!\r\n\r\n**What is _The Drumbeat Belly _...?** In short, _The Drumbeat Belly_ is a sweeping epic tale of horror and apocalypse. It depicts events centred around a demonic genetic legacy, within two fictional landmasses:\r\n\r\n- SHELTERN: A small island situated just off the UK's northeast coast; the first carrier of _Outis'_ genetic was born here. This island has a complex history that will be explored later on.\r\n\r\n- VESLOSTOY: An isolated East European state plagued with staccato civil conflict. The demon _Malcorvus_ fled Sheltern and eventually settled here; accordingly, the lineage has a firm emotive link with this country.\r\n\r\nThis is an epic tale of horror that depicts events within two fictional geographical locations (one within the UK, another in Eastern Europe). It begins with the birth of a human \/ demon hybrid in 1673 and follows the resulting bloodline (known as The Line of Outis) until its termination in 2016. Initially focusing on this first hybrid, the narrative switches to a series of experiments geared towards establishing hegemony in an East European state named Veslostoy, thereby attempting to combat a demonic plot to unleash the apocalypse\u2019s four riders.\r\n\r\nSo, here's a little more about this narrative! It is anticipated that _The Drumbeat Belly_ will become an umbrella term for several narratives aligned to various media (the alignment of each element will be painstakingly considered, all choices being guided by media specificity) **BUT** it will predominantly be comics \/ graphic novels. \r\n\r\nThe following themes underpin The Drumbeat Belly\u2019s narrative, and these are explored below!\r\n\r\n**Civil War:** The East European state of Veslostoy has been subject to intermittent civil war for several centuries; this stems from two interpretations of teachings espoused by the demon prophet Malcorvus,\r\nwith each side jostling for religious hegemony. There are three principal participants within this war:\r\n\r\n**The Independent State of Veslostoy** (ISOV): with the centralised government bordering on collapsed, regular troops and special forces undertook a massive military campaign to score some propaganda victories. \r\n\r\n**The Amara Corvi (TAC):** an extremist group, influenced by a demonic prophet who refers to herself as _The True Progeny_ and the second most powerful force (after ISOV). They are seeking a cease fire agreement with ISOV, enabling both to concentrate on a single front against a third foe.\r\n\r\n**The Choir of Malvetius (TCOM):** the weakest side within this conflict,TCOM are influenced by the moderate interpretations of Malcorvus' teachings. Their guerrilla units are presently ineffective participants within this conflict, after the\r\nelite cadres were eliminated. However, there is a concerted effort, via elite paramilitary personnel, to retrain all combatants.\r\n\r\nThe outcome of this forgotten war within a forsaken state will determine all our fates.\r\n\r\n**Apocalypse:** A demonic conglomerate (operating under the name Ingrid Cold) has, for some time, quietly and steadily plotted against humanity.\r\nAfter observing global secularisation, Cold has resolved to create three aerials that will each open a portal to Heaven. It is assumed, given the rejection of religion, that judgement will occur upon opening these portals, effectively debarring humanity-at-large from Heaven. \r\n\r\nThe corollary is that the lost souls would be ripe for torment, accordingly harming God as his beloved creations are pained.\r\n\r\nPresently, Cold is exploiting the conflict and political turmoil in Veslostoy to create these aerials unnoticed from within and without. TAC are providing\r\nassistance, via aligned paramilitary groups plus skilled labour; TCOM are aware of this, endeavouring to forestall and ultimately defeat these efforts.\r\n\r\n**The Supernatural:** Matters of the spirit feature very heavily within this franchise, with emphasis on demonic activity, psychic abilities and ghosts. From the outset, consumers will be aware of continuously improving powers exhibited by a major character; as this franchise develops, several characters with links to the supernatural will come to the fore.\r\n\r\n**Genetic Manipulation:** There are several instances in which demonic DNA was fused with that of a human. There are two key routes to this outcome, both of which involve intercourse with a demon:\r\n\r\n**Forced Intercourse:** the foundational genetic sequence that would influence all hybrids occurred after an incubus visited an innocent virgin, forcing himself upon her several times. This resulted in the first human\/demon hybrid within this franchise.\r\n\r\n**Consensual Intercourse:** under controlled conditions within a science lab, consensual surrogates underwent intercourse with a second generation human\/demon hybrid. The resultant hybrids feature prominently within this franchise, and will prove instrumental in determining the events in Veslostoy.\r\n\r\n"

"_The concept artist will be responsible for visually developing characters, buildings, equipment and vehicles within my narrative. It is anticipated that, during Design Phase 01, twenty designs will be necessary; Design Phase 02 will see a further 30.\n_\nImages do not have to be coloured but must, at the very least, be inked. In terms of output, the following will be applicable:\n\n- **Anticipated Output (Per Week):** four completed images\n\n- **Paper Size:** A4\n\n- **NOTE:** it is assumed that commercial rights (for completed artwork) will be provided automatically\n\nI can produce script samples etc on request. If you have any questions, please ask!"

Sign in if you can do this!
Sequential Artist (Storyboards)
Available

"_I need somebody like you to storyboard pages for the forthcoming comic book \/ graphic novel!_ The expectations are as follows:\n\n- The script must be closely followed\n\n- Page size: A5\n\n- Desired output rate is seven completed storyboard pages per week\n\nIf this appeals to you, drop me a line. I can provide samples of the script upon request!"

Sign in if you can do this!
Sequential Artist (Comic Art)
Available

"_A skilled artist is required for the forthcoming comic book \/ graphic novel!_ The expectations are as follows:\n\n- **The storyboards** must be closely followed\n\n- **Page size:** A5\n\n- **Anticipated output rate** is three completed comic \/ graphic novel pages per week\n\nIf this appeals to you, drop me a line. I can provide samples of the script upon request!"

Sign in if you can do this!
Cover Artist (Comic Book / Graphic Novel)
Available

"_A great cover sells a story, and your skills are needed!_If you have a passion for high impact artwork, get in touch! Expectations are:\n\n- _Anticipated Output (divider \/ title pages):_four per month\n\n- _Anticipated Output (completed covers):_ one per month\n\n- _It will be necessary_ to closely follow the design brief\n\nI can provide a script sample etc on request. Looking forward to hearing from you! \n"

Sign in if you can do this!
Writer
Available 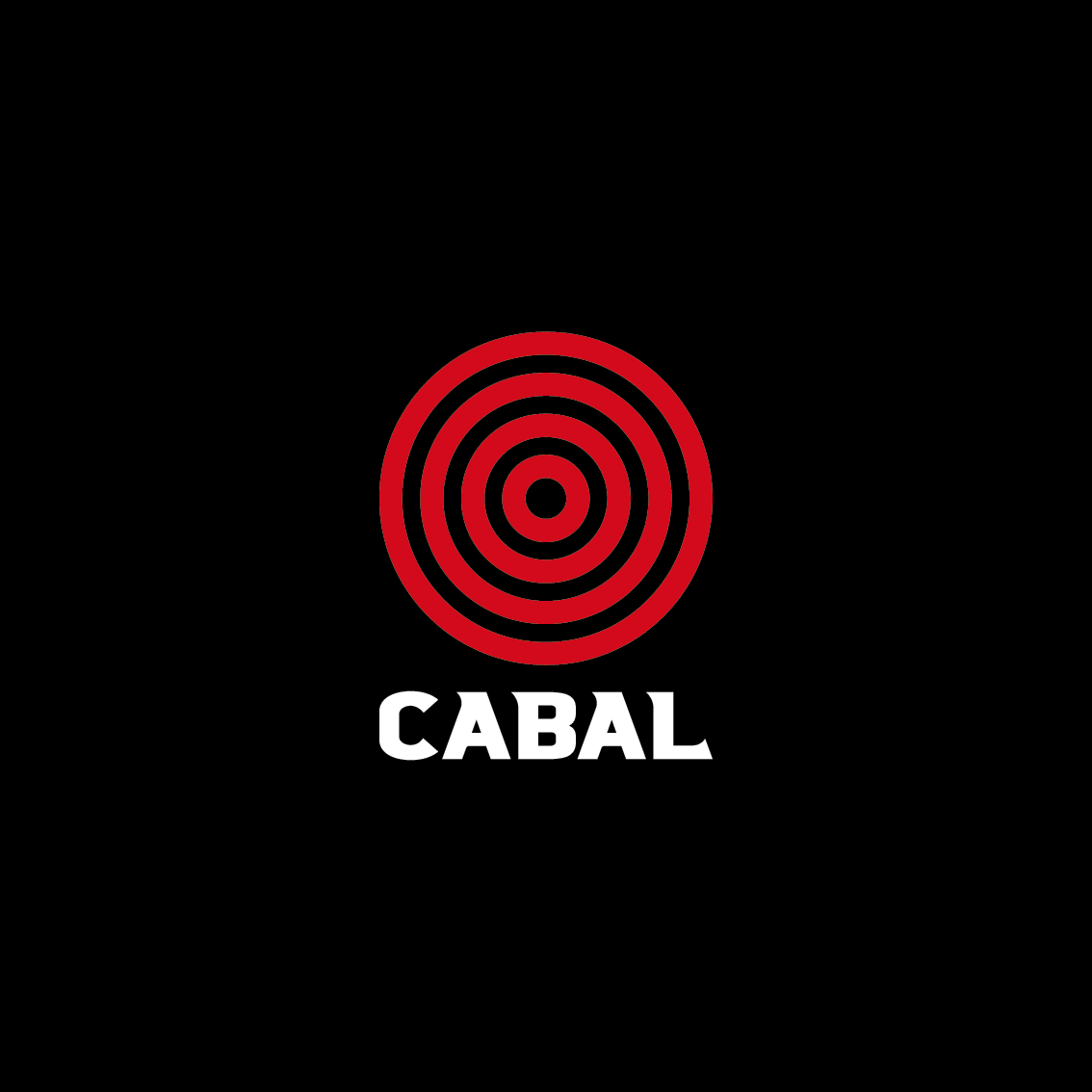