Crowdsourcer.io is a growing concept, it allows projects/small businesses to bring in collaborators on a revenue share basis to help them grow and expand. Felicity Toad is one of many projects that is successfully developing their game through this platform and we want to share some insights with you.

Felicity Toad has started as a labour of love and grown into a team of co-operative people who are willing to work on the final vision of this original game. Its foundations lay with one Neil Badman, who being 43, has decided to go with a dream. He had spent many years in menial jobs, the most recent being in care, but working in the health sector gave him purpose and meaning, which would profoundly alter the way in which he saw his life. Unfortunately, after a time he fell into disarray, which ended with a breakdown, but without this event Neil would never have been diagnosed with schizophrenia, a much stigmatized illness, in part thanks to Hollywood and other uneducated outlets, he says. Unperturbed and with a new and hopefully temporary found freedom, he wondered what to do with his time out of work. He began a band, but couldn’t quite find the sound he wanted despite many auditions and help from friends, so he put this project aside for the time being and pondered what was next.

Before his breakdown he had found himself playing various computer games in his spare time, something he had always loved, and stumbled across a game called Oolite, a cooperatively built game reverse engineered from an old classic called Elite, a 3D space game that ran on 32k and even less for the Vic-20, a remarkable technical achievement. Oolite was a modern take on this classic, and being cooperatively built allowed you to construct your own content that would go up on the game’s site, for other people to download. Being a lifelong drawer and creative he took to looking at what other people weren’t particularly working on, settling with the look of the stars and the nebula’s generated from various images within the file system. He spent a year perfecting the use of the nebula generator, which was extremely popular with the player base. After creating a few different assets for this game he moved on and discovered a game called Battle For Wesnoth, a tongue in cheek strategy game that was simple, but very fun. It too was a labour of love by a very involved community and was not only moddable but had its own programming language.

It was around here he was diagnosed with schizophrenia and suddenly found himself with a lot of free time, a very frightening time but free nonetheless. Neil needed to find something to occupy himself with, a distraction therapy from the nightmarish voices that were plaguing him, this was when he started to explore and start the band.  He found himself returning to Battle For Wesnoth, as it was a perfect platform to learn something new, whilst creating a story and the characters in it, the start of a therapeutic addiction that instantly rang true for him. This was nearly but not quite all his loves combined, he discovered the joy of creating through programming, despite his extremely messy first attempts. The code was however functional, and a story emerged. Neil wondered what it would be to have total creative freedom other than modding someone else’s build, so he researched and soon found Unity3D, a platform for developing games from scratch that is free up until you make a certain amount of money, if any.

The start of something new

Now he needed an idea, he went through the motions of beginning to create the basics of a game, but soon found the technology wasn’t quite there yet to do what he wanted, so it was back to the drawing board. This was the birth of Felicity Toad, a tongue in cheek adventure, but dark and gritty in places. This would be a labour of love, a therapy, and a possible path back into work. It seemed perfect. 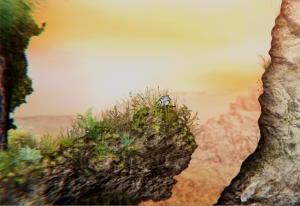 The Beginnings of Felicity Toad

Soon the idea was growing, and Neil realized if he was going to build the game it would take years of learning all the different aspects, and as much as he had the drive to get on with it, technology is changing at a rate, and in the supposed time he took to build the game it would be out of date by the time he finished, surrounded by up and coming virtual reality and holographic technology, would a 2D platformer survive in this environment? He needed a team, he didn’t have money and finding people who would fall in love with his game and join up seemed extremely unlikely. After posting on numerous sites, sometimes in the wrong places, he garnered a small amount of interest, but it was through exploring the different sites he could try that he stumbled upon a suggestion posted by someone for someone else. A site called Crowdsourcer.io was up and coming, promising to set people such as himself on the right path with the right help. There was nothing to lose. 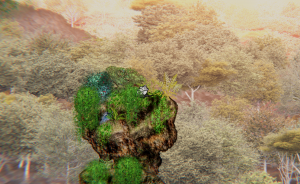 Progress Made on Felicity Toad After Signing Up On Crowdsourcer.io

Crowdsourcer.io has helped the project to get its creative foothold in a world already swimming in games, so what would be different about it? Well, firstly he decided he needed to be doing something doable as a first game, so he settled on a 2D platformer, but there are many 2D indie games out there and being developed, even AAA companies still produce 2D platformers of extremely and unobtainable quality to compete with. There was still hope, a large sector of society has a love of independently made games, simply because they can take risks big AAA companies can’t afford to, and the 2D style is very reminiscent yet appealing to all age ranges. So what could be different? What needs to be familiar? This was a balance that needed to be assessed, and the Felicity Toad team have gone a way to addressing this interesting situation.

Neil is still working on the game and making strides to finishing it every day. You can learn more about Neil’s project, Felicity Toad by following the link or finding his project on www.crowdsourcer.io. If you would like to contribute to Neil’s project you can find it here and can apply to contribute!